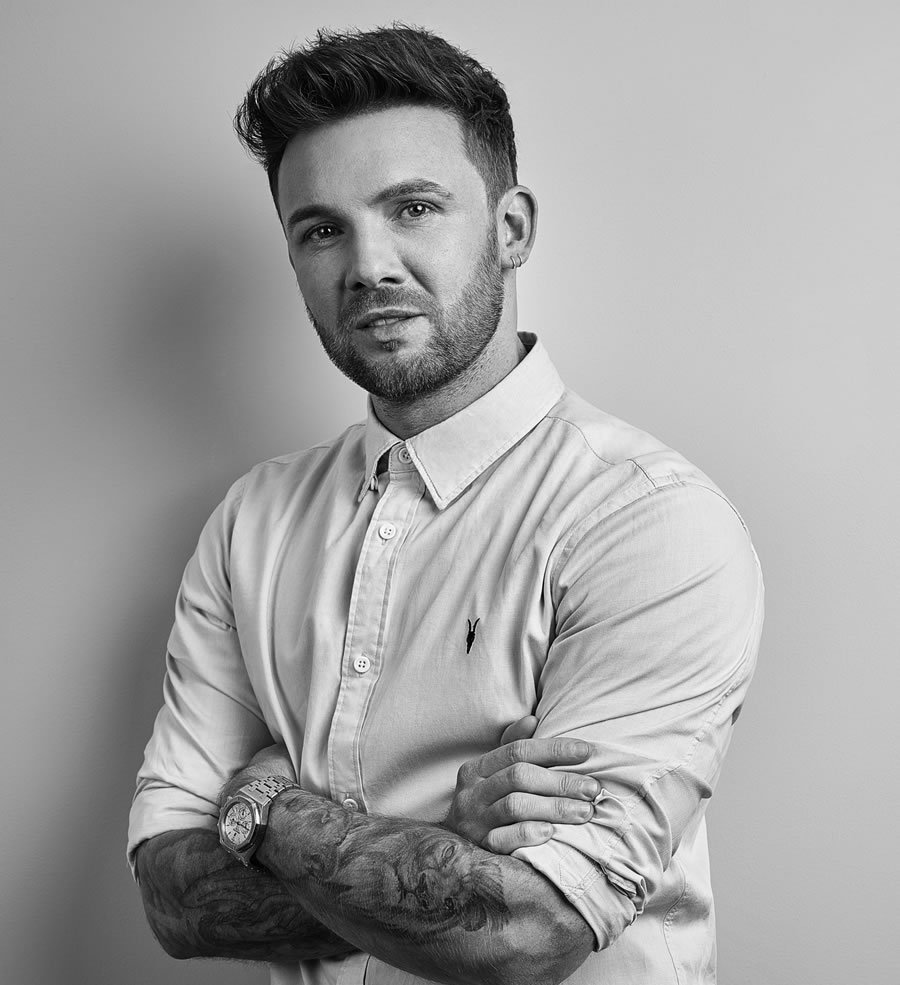 Jamie Stevens was born in 1980 in Somerset, into a family with two great loves: football and hairdressing. Jamie’s father was a professional footballer, while his mother, grandmother and great-grandfather were all hairdressers. His career could only have gone one of two ways…

By the age of eight, he was already helping his Mum in the salon and playing football to a very promising standard – by the age of sixteen, he turned professional and it looked like this was the avenue he was to pursue until a bad ankle injury cut short his dream of Premiership glory.

All the years of being dragged into the salon by his mother now began to pay off, Jamie went straight to college to get his Levels 1,2 and 3 and by the tender age of 18, he had opened his own eponymous salon in Somerset. He ran the salon for four years, transforming it from a tired old-fashioned local salon into a thriving, cool destination, winning a number of awards along the way, all of which gave him a taste of success. Jamie was ready to meet some new challenges, so headed for the bright lights of London…

Not wanting to leave the salon in any old hands, Jamie trained his sister Tasha to be a hairdresser. So, the 22-year-old moved to London and got himself a job assisting Daniel Hersheson. After 6 months he moved as a stylist to work with Beverly Cobella (now Beverly C) where he quickly moved up through the ranks, getting the chance to travel around Europe with the two-times British Hairdresser of the Year. After two years with Beverly, Jamie moved to work for Bloww with Paul Merritt and Adee Phelan, but an offer from Errol Douglas was too tempting to turn down. Jamie worked alongside industry legend Errol for just over 7 years as Art Director at the salon.

One of Jamie’s major achievements was his selection into the Fellowship of British Hairdressing’s F.A.M.E team in 2006, which has given him the biggest platform he could have asked for. What’s more, Jamie was one of the youngest people ever to be awarded a Fellow with Honours by the Fellowship.

In 2007, Jamie became a member of the ghd Directive, working alongside some great hairdressers and traveling all over the world, from Milan to Melbourne, South Africa to Sydney to give shows and seminars. In 2008 he was appointed ghd’s Directive Creative Ambassador, a major achievement at the age of only 27, a role he relinquished to become an Ambassador for Matrix. Jamie’s current projects include TV work, his re-launched Somerset salon, his new London salon and work as the face of the Fellowship’s Clubstar project for young hairdressers.

Below are just a few of Jamie’s celebrity clients: